All about the Land Rover ALM / CH12 and DH12 Immobilizer 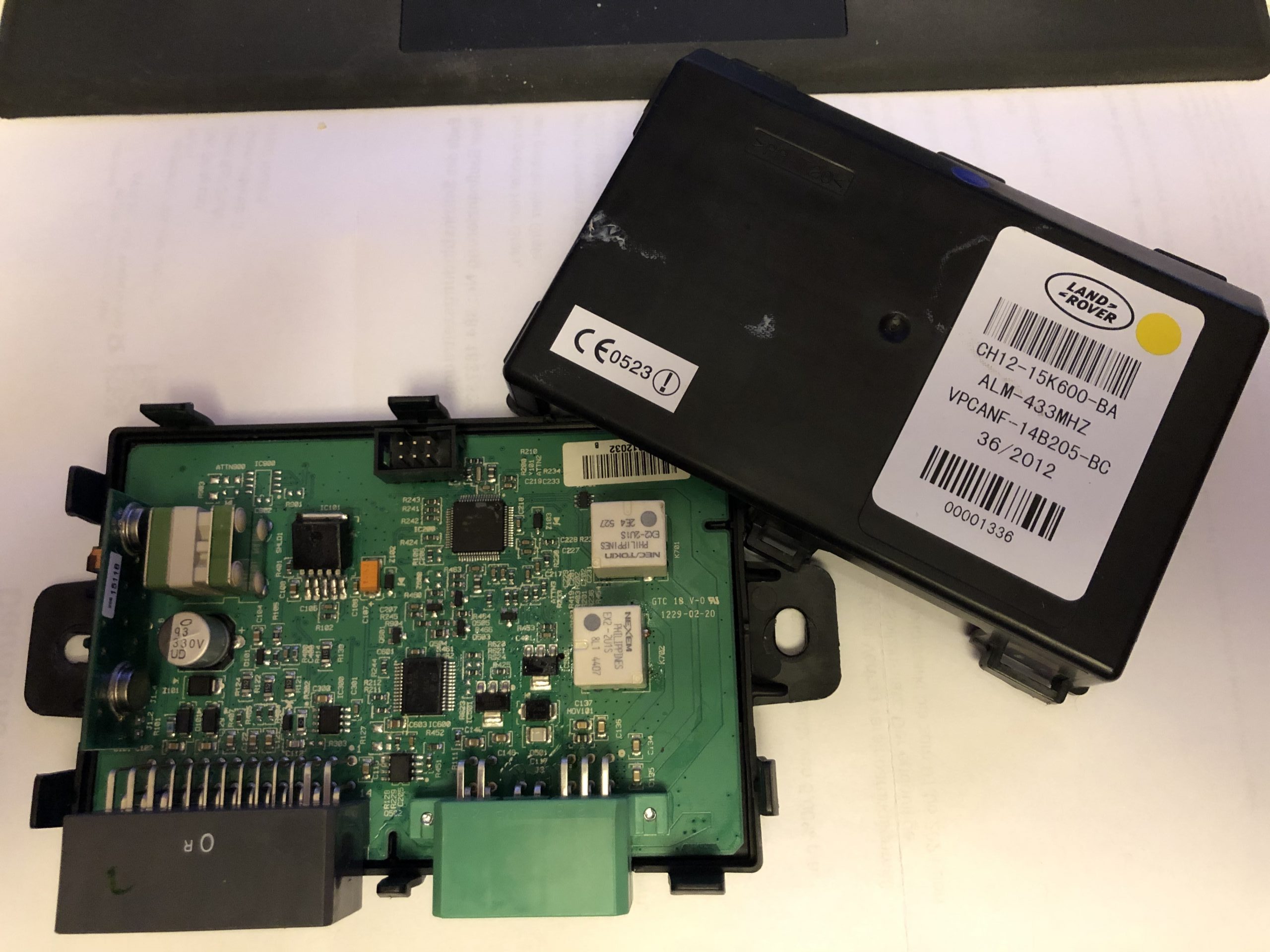 In recent years we recieved more and more complaints from Land Rover immobilizers around model years 2010 which sponaneous fail, when the vehicle battery was replaced or drained.

We had a close look why his happens because Land Rover isn't able to supply you with a repair item anymore and the whole immobilizer electronics have to be replaced at a very high cost.

The background is, that the Motorola Processor from the predesessor of the ALM / CH12 (the Lucas 10AS Immobilizer) became obsolete and a replacement had to be developed. This was when the ALM /CH12 and DH12 was introduced. It should replace the 10AS, what it did... except a small thing:

During production the developers forgot to de-activate the so called Brown-Out Function of the new Processor. This function enables the Processor to re-program itself under specific conditions. In case the vehicle lights have been forgotten or the battery gets disconnected, the supply voltage of the car runs through the whole voltage span from 14V to 0V and activates  the programming function at a certain voltage, starting to overwrite important memory areas. Depending on the magnitute of damage, some or all Keyfobs dont get recognized anymore, or the ALM / CH12 / DH12 stops completely. In some cases the funktionality of the central locking is also affected, resulting in the destruction of the door lock actuators.  Also a diagnosis isn't possible anymore. The device is dead.

Since many years we have been able to help in those cases by saving the important data, or by replacing the immobilizer by our non-destructable replacment module. Also in case you immobilizer died already, we can restore the data of your car and you are able to drive again.

Get in touch with us!
You can find the ContactForm here: Bypass Rover / Lucas 5AS ,10AS & ALM Immobilizer